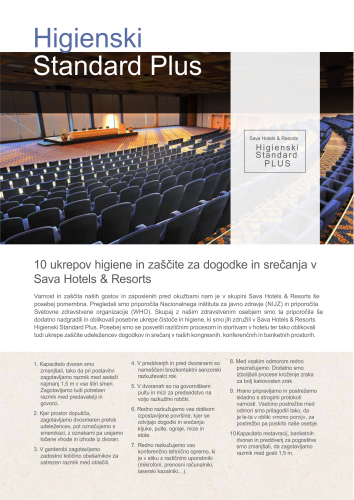 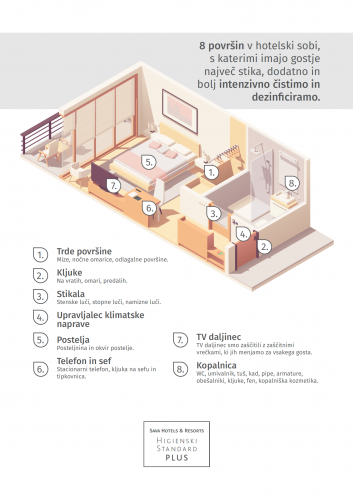 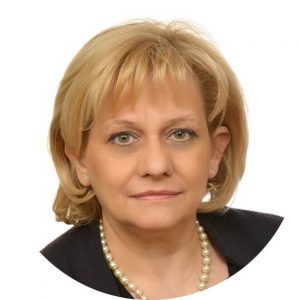 Prof. dr. Nives Ogrinc received her PhD degree from the Faculty of Chemistry and Chemical Technology University of Ljubljana in 1997. Prof. Ogrinc obtained a NATO-postdoctoral fellowship from 2000-2002 in the Department of Chemistry at Trent University, Peterborough, Ontario, Canada. This fellowship offered her possibilities to be involved in a larger research project on mercury (Hg) cycling in Canada (METAALICUS) using stable isotopes of Hg. Now, she works in the Department of Environmental Sciences at Jožef Stefan Institute as the Head of the Organic Biogeochemistry group. She is also a professor at the Jožef Stefan International Postgraduate School and a visiting professor in Earth Science at University of Parma, Italy. Her research work is characterized by a distinctly interdisciplinary approach and the use of stable isotopes of light elements (H, C, N, O and S) as well as heavier elements in various fields of research including environmental sciences, food and nutrition, hydrology, physical and analytical chemistry, metrology, and also intervenes in the field of social science activities – archeology. In 2019 she was awarded the “Zois award for outstanding achievements in the use of stable isotopes in interdisciplinary research”. Currently her bibliography includes 152 original papers that have been cited more than 3200 times with an h-index of 32. The excellence of her work is also evident by involvement in several national and international projects and invited lectures at international conferences and symposia. In 2016, she became president of the International Association of Sediment Water Interface. 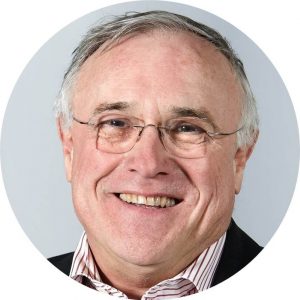 Klaus Müllen was director at the Max Planck Institute for Polymer Research and is continuing research at the universities of Heidelberg and Cologne. His broad research interests range from new polymer-forming reactions, to the chemistry and physics of single molecules as well as graphenes, dendrimers and biosynthetic hybrids. He published about 2000 papers. He received many awards, honorary doctorates and honorary professorships and he is member of national and international academies. From 2008-2009 he served as president of the German Chemical Society (GDCh). In 2013-2014 he was president of the German Association for the Advancement of Science and Medicine. In 2010 he won an ERC Advanced Grant for his work on nanographenes. He is associate editor of the Journal of the American Chemical Society. 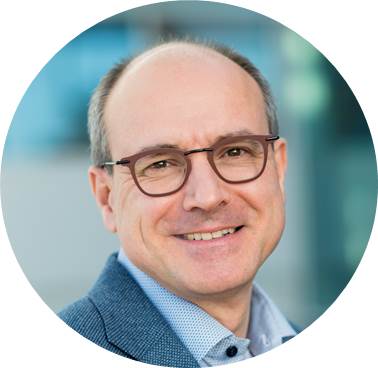 Prof. Bert Weckhuysen (51) received his master degree in chemical and agricultural engineering with greatest distinction from Leuven University (Belgium) in 1991. After obtaining his PhD degree from Leuven University with honours (highest degree) in 1995 under the supervision of Prof. Robert Schoonheydt, he has worked as a postdoctoral fellow with Prof. Israel Wachs at Lehigh University (USA) and with Prof. Jack Lunsford at Texas A&M University (USA). From 1997 until 2000 he was a research fellow of the Belgian National Science Foundation. He has been a visiting scientist at Hokkaido University (Japan), Amsterdam University (The Netherlands), Manchester University (United Kingdom) and Weizmann Institute of Science (Israel). Weckhuysen is since October 1 2000 Full Professor Inorganic Chemistry and Catalysis at Utrecht University (The Netherlands). Weckhuysen has been appointed as the first Distinguished Professor of the Faculty of Science at Utrecht University as of September 2012. He has been a visiting professor at Leuven University (2000-2005) and did a sabbatical at Stanford University (USA, 2012). He is currently a visiting professor at Stanford University & SLAC National Accelerator Laboratory (2013-onwards) and was also affiliated with the University College London (UK, 2014-2017). In January 2018 he has been promoted to Distinguished University Professor at Utrecht University.  Weckhuysen authored or co-authored ~ 560 publications in peer-reviewed scientific journals with an average number of citations per paper of ~ 46 and a Hirsch index of 88.
Read more

Iztok Arčon is full professor for the field of physics, employed at the University of Nova Gorica, in the Laboratory for quantum optics, and holding a position of the dean of Grauate school. His main research field is analysis of atomic and molecular structure of new functional materials (different catalysts and photocatalysts, cathode materials for Li-ion, Li-sulphur and Mg-sulphur batteries, ferroelectric and ferromagnetic ceramics, …) and analysis of environmental pollution (soil, water and plants) with X-ray absorption spectroscopy with synchrotron radiation (methods XANES, EXAFS), He performed experiments at different European synchrotron radiation laboratories (DESY, Hamburg; Elettra, Trieste; ESRF, Grenoble; Alba in Barcelona; Soleil, Paris). He published with co-authors more than 180 scientific papers in reviews with high impact factor and  his work is highly cited (over 2660 citations). In 2006 he received Slovenian state “Zois award” for outstanding achievements in the field of X-ray absorption spectroscopy.

Andreja Benčan Golob obtained her Ph.D. in 2002 in the field of Materials, from the Faculty of Chemistry and Chemical Technology, University of Ljubljana. She is a senior researcher at the Electronic Ceramics Department of the Jožef Stefan Institute, and Professor at the Jožef Stefan International Postgraduate School. Her main research interest is the synthesis and characterisation of piezoelectric materials in single crystal, bulk or thick film form. In the last years she is intensively involved in the development of lead-free piezoceramics, concentrating on investigations of domain structure using state-of-the-art aberration corrected electron microscopy. Her bibliography consists of 91 scientific papers, 5 review papers, 5 chapters in monographs and 36 invited lectures. 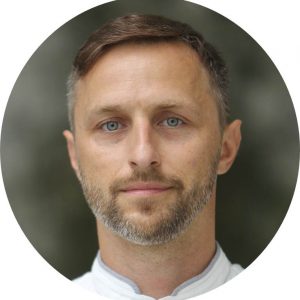 Assoc. Prof. Nejc Hodnik graduated and later received his PhD from the Faculty of Chemistry and Chemical Engineering at the University of Ljubljana. During his doctorate, he was employed as a young researcher at the National Institute of Chemistry under the mentorship of Dr. Stanko Hočevar. In 2014, on the basis of an individual prestigious Marie-Curie Scholarship (now Marie Skłodowska-Curie), he completed his postdoctoral training in Düsseldorf Germany at the Max-Planck Institute. In 2016, he returned to the Department of Catalysis and Chemical Reaction Engineering at the National Institute of Chemistry. In 2019, he was appointed associate professor at the University of Nova Gorica where he works in the Materials doctoral programme (tertiary study). Based on the acquired 2019 ERC Starting Grant project (123STABLE) he set up a research Laboratory for Electrocatalysis in 2020 at the Department of Materials Chemistry. 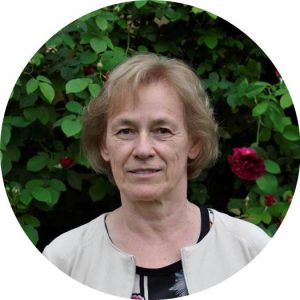 Ksenija Kogej is a full professor of physical chemistry at the University of Ljubljana. Her research field is physical properties of polyelectrolytes and surfactants in aqueous solutions and their interactions, and includes both model and practically relevant systems from the fields of pharmacy, biology, medicine and technology. She uses various physicochemical methods, in particular light scattering techniques. She was a visiting professor at the Catholic University of Leuven and at Universities of Trieste, Helsinki and Uppsala. Her work is published in a book chapter, in two reviews, and in 74 peer-reviewed articles. She was a supervisor or co-supervisor to 44 first- and second-degree graduates and 5 PhDs and an opponent in 4 PhD thesis defenses abroad (universities of Leuven, Uppsala, Regensburg and Trondheim). She is the Editor-in-Chief of the scientific journal Acta Chimica Slovenica, a member of the editorial board of Chemical Data Collections (Elsevier), and was the guest editor of the MDPI journal Polymers in 2019.

Marjana Simonič is employed at University of Maribor, Faculty of Chemistry and Chemical Engineering. She obtained PhD at the same Faculty in 1998. In 2019 she became Full professor in the field Chemical Engineering. Her research field covers Water chemistry and analyses, Water Treatment as well as Environmental Chemistry and Protection. She published over 55 original scientific articles in journal with high impact factor and 67 published scientific conference contributions at national and international meetings. She also published scientific monography on AOX removal from wastewater using micellar-enhanced ultrafiltration. Her remarkable achievement is high citations with the number of pure citations over 1200 citations. She is especially committed to working with students since she was acting as adviser to 117 diploma and master ‘s students and acting as adviser to 4 PhD students. This year she was awarded by Recognition of University of Maribor for scientific, artistic, and educational work. 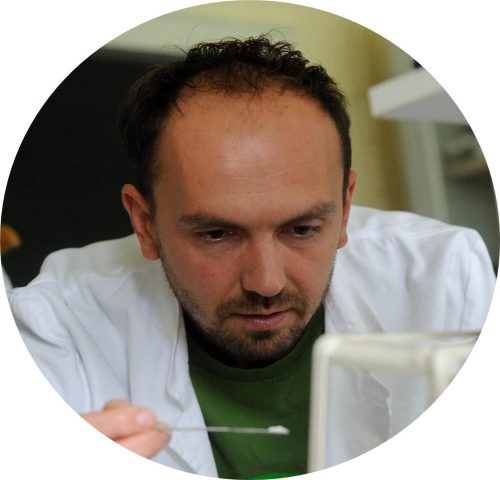 Krunoslav Užarević is Head of Laboratory for Green Synthesis at Ruđer Bošković Institute in Zagreb. His main scientific focus is in developing mechanochemical and solvent-free procedures for the synthesis of various classes of functional materials, from supramolecular receptors and organic compounds to highly-porous functional metal-organic frameworks (MOFs), inorganic materials, and organometallic catalysts or chromogenic sensors. The particular part of his research involves designing new and advanced milling reactors and the development of new methodologies for in situ monitoring of milling and aging reactions. These include synchrotron X-ray diffraction, Raman spectroscopy, and thermal methods, where he collaborates with scientific groups from around the world (McGill University, Max Planck Institute for Solid State Research, Stuttgart, ESRF Grenoble, BAM Berlin, DESY Hamburg).
Laboratory for Green Synthesis site: irb.hr/eng/dpc/lgs
e-mail: krunoslav.uzarevic@irb.hr
Twitter: @KrunoslavU 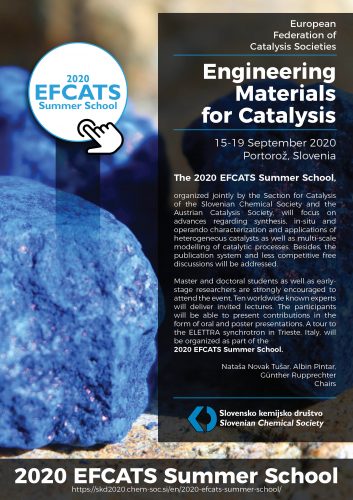